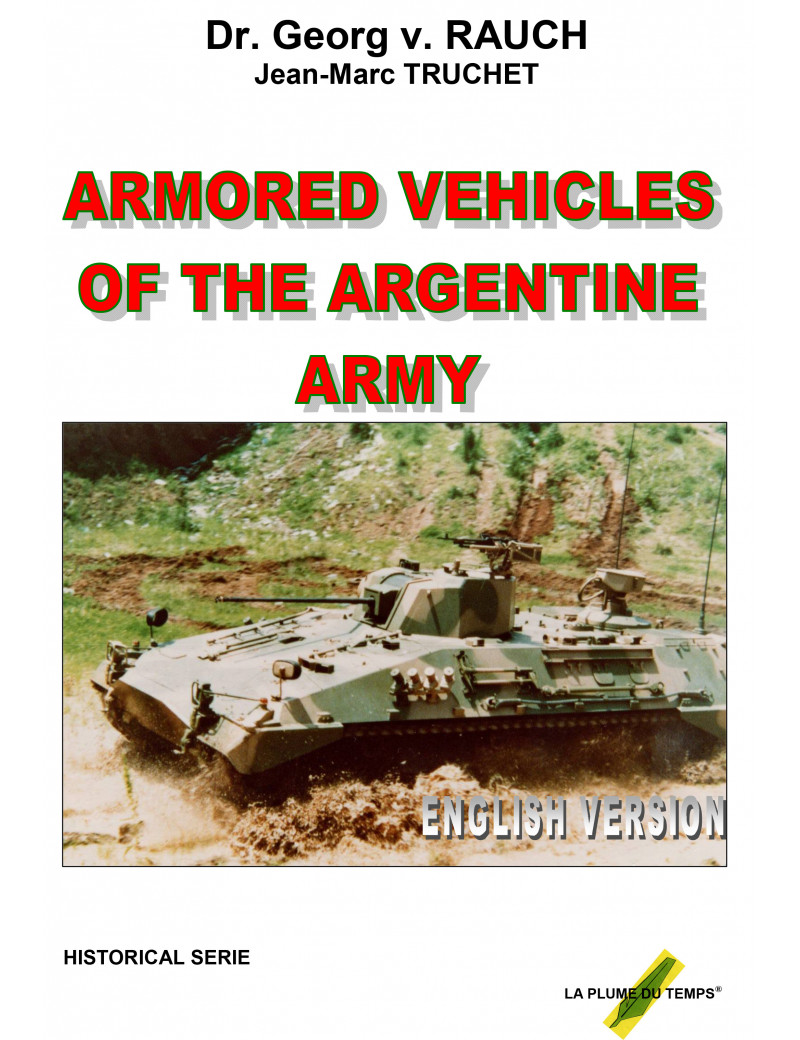 This is the most comprehensive book ever compiled on the armoured vehicles of the Argentine Army and the result of many years of painstaking research. Within these pages parades the armoured vehicles used by the Argentine Army during the years 1925 and 2002. Each vehicle and variant includes a short introduction which relates desing, building, unit assignments and eventual disposition. Orders of Battle of the Armoured Cavalry Branch throughout its history and specifications are given in tabular form. Although small in comparison with forces fielded by the NATO powers, by South American standards, the Argentine Army operates a substantial number of armoured vehicles of various models built in local plants others procured in Austria, France, the United Kingdom and the United States. Over 460 photographs (many of them in colour) illustrate the text.

An outstanding contribution to the history of the modern Argentine Army, presented in a refreshingly readable form, this work is a must for armoured vehicle enthusiasts as well as historians.